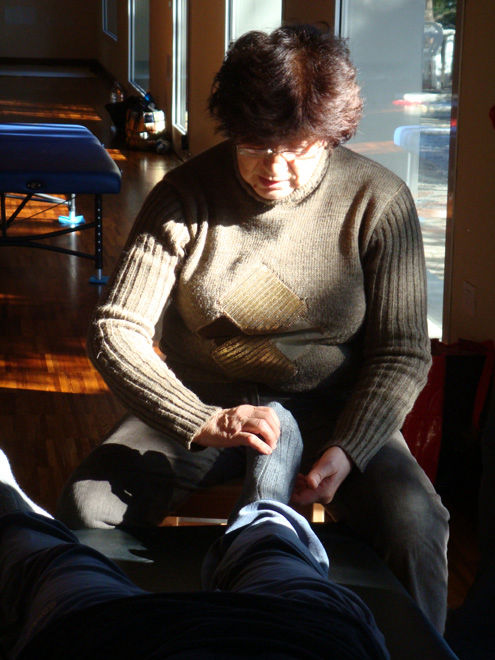 She approached the Feldenkrais Method® following a car accident under the suggestion of the attending physician and in a short time she overcame the head trauma and the other post traumatic effects of the accident. This was the incentive that prompted her to go to Paris to have a deeper knowledge of the method and finally she received a regular diploma in 1988.

She experimented the method with people of different ages and difficulties and dedicated herself to the study and to the practice of the interactions between the nervous system, evolution of movement and comparative evolution of movement, producing videos and didactic-scientific manuals.

Founding member of the Italian Association of Feldenkrais Method Teachers (AIIMF), she has conducted courses in Italy and abroad and has been leading an experimental group in Udine and Strigara for ten years.

As Assistant Trainer, she attended the professional training for the training of teachers of the Feldenkrais Method® and coordinated the activities of the Center in Strigara.

She died suddenly at the age of 70 and her activities are now managed by her nephew Simone Broccoli who is the coordinator of the Center.