Results of the application
of the Feldenkrais Method®

My name is Annalisa, I am 25 years old and for three years I have been diagnosed with MULTIPLE SCLEROSIS.

How did I approach the method? Honestly, my family members "forced" me to do it and also because I was sick. In June, my right leg was not supporting me upright, I was dragging it as if it was dead. Mostly my ankle and toes did not bend. I met with Tina 3 or 4 times a week, she made me perform certain movements and the leg rediscovered those movements it had forgotten.

Now I walk, I again drive the car, I'm fine.

When I did the exercises and movements, I "felt" my body.

First of all, I improved my posture, spinal alignment and my breathing (Tina said I breathed like a sparrow). In any case, the method helped me on a psychological level. Now, if I don't feel like doing something I say it and I don't feel succubus or afraid to answer no. Apart from my little problem related to the disease, the method can be, in my opinion, recommended to everyone: from children to adults and in life it can be integrated easily, all you need is the opportunity to be able to practice it.

My name is Elio and I am a 61 year old retired.
The Method was suggested to me by my wife.
I started from the beginning feeling better, I immediately understood that I was in "good hands".
I had several problems, such as back pain, neck pain and I solved them.
I was able to move my whole body better, especially my neck, shoulders and chest, which were almost immobile before, and my abdomen has also loosened. Back and neck pain decreased and breathing improved.

Now everything works better: I learned to walk, before I was stiff, while now I move my whole body, I breathe better, in fact I LEARNED TO BREATHE.
I was open minded about the FELDENKRAIS METHOD: it had a great effect to me and immediately felt the changes.
At my house I practice quite a lot, but I like to work in a group, together.
I felt my spine in the movements.
Now, when I walk, I seem to be lighter and looser,
THE METHOD IS USEFUL TO KNOW YOURSELF AND YOUR BODY.

Mr. Mayor, I am writing this letter to illustrate a recent event.

From 9th September I started a method called Feldenkrais, practiced by Tina Broccoli, since then I have changed some positive things that I would like to mention. I am a sportsman, to be precise a cyclist, who operates an activity at a very high amateur level and I am 20 years old. At the beginning I went to Tina for a scoliosis problem which, when put under stress during the competitions, caused me a muscle contractions, making me unable to express my full potential.

Actually, this was initially the problem I wanted to solve then, I discovered that the method could also produce positive effects, more controlled breathing while running, total alignment of the skeleton, therefore an axial expression of strength and a fundamental muscle relaxation for the recovery in races.

All this brought me benefits in therm of persona physical power and above all in term of mental strength, essential for those who practice sports at high levels. In short, in terms of results, after two years of winless amateurism, I managed to win two races in 15 days, touching a third one, just seven days after starting the method.

But what matters most is that I really managed to find the winning formula in this method.

In conclusion, I am sure that the FELDENKRAIS method® could be really important for those people who need it more than me, because it can really help, highlighting however the fact that in sport it can be adopted with optimal results.

My name is Manola and I am 19 years old.
My experience with Feldenkrais began some time ago, about 7 years ago, when I was in the second year of the middle schools.
I learned about this method because a year earlier my parents had found an incorrect position in my movements and, after having recognized the presence of an accentuated scoliosis, they took me to doctors in Bologna and in Pescara to find out what it was appropriate and necessary to cure my "crooked" back.
At first it was somewhat scaring for me to know that I had to wear an orthopedic corset, which was recommended to me as the only possible treatment. The doctors told me that if I did not get an improvement, the time needed to see it could not be established with certainty, I would have to undergo the operation.

My life changed, and I don't want to exaggerate, but when you are 15 it is not easy to accept having to wear a kind of "cage" 24 hours a day (as I called it nicely) that prevents you from certain movements and a natural body position. The embarrassment was a lot, already considering my closed and very introverted nature ...
... This contributed to make me more insecure than I already was.
I wore the orthopedic corset 1 year and a half and in the meantime my body underwent to many changes conditioned by it.

When they mentioned to me this method I got interested and I started attending the courses taught by Tina and the functional integrations lessons. I took it with great enthusiasm, initially because I was very curious and happy to be able to "get rid" of the orthopedic corset. My body was completely rigid and thanks to the Feldenkrais lessons I was able to gradually "feel" the parts of it. In my simplest, most elementary movements such as walking, sitting, breathing, I listened to "every sensation felt in perceiving every muscle moving and touching the ground.

As I was taught, I started from the beginning, that is, as in a child who had yet to discover the movements of his body, his position that from "crawling" slowly comes to standing position. This was what I practiced in the lessons and learned by applying it to my everyday life.

I felt a balance in my body, in the movements.

During the exercises that I routinely did at home for half an hour or 1 hour each day, my body felt as if it softened a little more each time, every little little movement I made, maybe just with one foot (moving it forward and back) extended to the whole body to finish at the head which followed the small "touches" of that movement.

Every time I felt that something was changing in me, I took a deep breath and my body leaned more and more on the floor and some parts touched more than the previous time; resumed the upright position, I felt "taller" and lighter.

I attended the lessons for a long period about a year and a half (2 years) then I participated in some series of meetings and continued the integrations ....

My name is Cinzia, I am 30 years old and I am a beautician and masseuse.

I got to know Feldenkrais by reading a professional magazine; I practiced various body techniques but Feldenkrais was unknown to me and then I said to myself: let's try this technique that is new to me.
At the beginning I didn't have any physical problems, but I still felt, after the lessons, that the body was looser.

I undertook the path of Feldenkrais with great commitment, then I fell seriously ill: CEREBRAL GLIOBLASTOMA IN THE RIGHT PARIETAL AREA. Clearly I worked a lot more on my body because I needed it; with each exercise my breath was freer and freer, until after 3 years I reached complete recovery. I must also add that in addition of having a lot of effect on a physical level, the Feldenkrais method also leads you to open your mind. Everything is more fluid and flows better, clearly the work is not to be abandoned and every day or evening I do Feldenkrais. Unfortunately I see many people who would need it: practically everyone !!!

By doing it I feel a little superior to them and look at their crooked, hunchbacked and sad bodies and instead it should be the other way around.

For twenty long years I have suffered from scoliosis. I have tried everything, orthopedic corsets, operations, gymnastics, swimming, therapies and so on and so forth. Then one day a friend told me about a method called FELDENKRAIS.

I was very skeptical but since I had already tried everything, I said to myself “why not”! I get in the car and curve after curve, just like my back, I arrive in Strigara, in a white house full of red flowers.

A lady as colorful as her flowers named Tina comes to welcome me. I show you my x-rays and medical records but she didn't even look at them. He told me "lie down on the bed" and from that day, thanks to Tina and the Feldenkrais Method, I am another person.

I approached the Feldenkrais method with the hope of recovering sensitivity, mobility and anything else possible.

1st result: I have significantly improved both sensitivity and mobility.
2nd Result: I can control the movement of the shoulder and the rotation of the hips, therefore practically the walk.
3rd Result: I finally managed to feel my body in all its functions, the tension in my hand is gone, my interpersonal and social relationships have improved as I feel more and more normal: so I try more and more to do what I I used to do.

I believe that in my normal recovery process, the Feldenkrais method has accelerated the recovery, giving me those hopes that then help to continue my struggle for total recovery. I have tried to pass on my experience to other people in need.

The teaching of the Feldenkrais Method® led by Tina and Simone Broccoli allowed two girls, Silvia, struck by a severe form of herpetic encephalitis at the age of three and Tea, a two-year-old girl suffering from fetal hemiparesis, to walk. The results were made known in by press and by television.

How did the results come?

Based on the basic concepts of teaching the Method and on the inexhaustible resources of the nervous system, the work was applied to: Silvia, Tea and Jessica, so that they could totally perceive their body. To obtain a complete self-image and to be able to improve vital functions

* first the body parts that they used with difficulty were made more sensitive,
* then they have been mobilized
* then the functions of each part were created,
* finally, they retraced the evolutionary stages that they had not been able to complete on their own.

They explored space, rolled, slipped, crawled on the ground, strengthening muscles, skeleton and nervous system, to overcome the force of gravity, to stand and walk.
In this way the Feldenkrais® Method has allowed the little ones to live a childhood that is more and more similar to the ones of the other children. 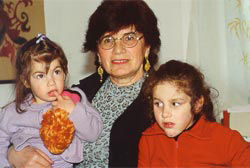 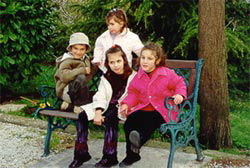 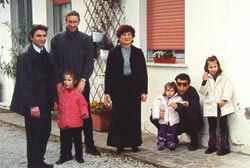 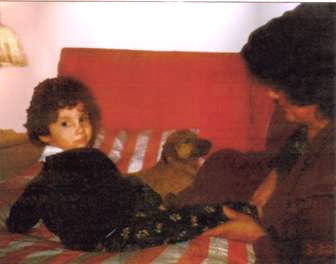 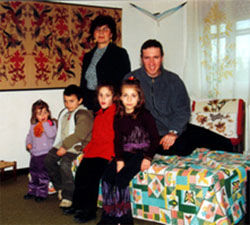 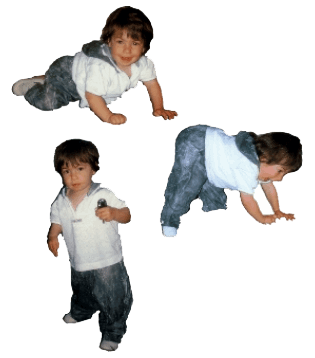